“Hanwha Q CELLS is aligned with the government’s ‘3020 Policy’ aimed at producing 20% of the country’s electricity from renewables by 2030,” President Moon said during his visit. “This policy also designates renewable energy as the industry to lead Korea’s innovative growth and I firmly believe Hanwha Q CELLS will be the company to lead that innovative growth in our nation.” 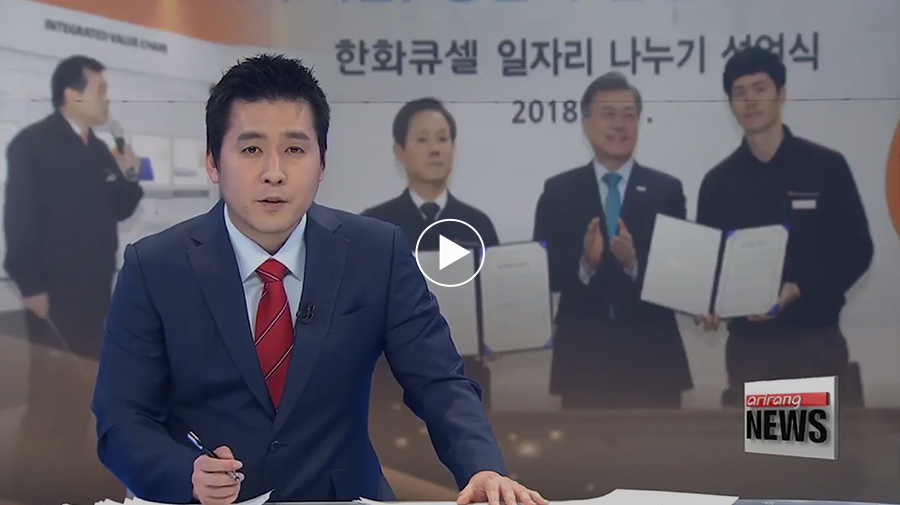 The JinCheon plant is the flagship location of Hanwha Q CELLS, the world’s number one solar cell manufacturer, and boasts the world’s largest solar cell manufacturing facility. It is capable of annually producing up to 3.7 GW of photovoltaic cells and modules, enough to provide electricity to 4.6 million individuals. Since beginning its JinCheon operation in 2016, Hanwha Q CELLS has added around 2,000 jobs to the Korean economy. 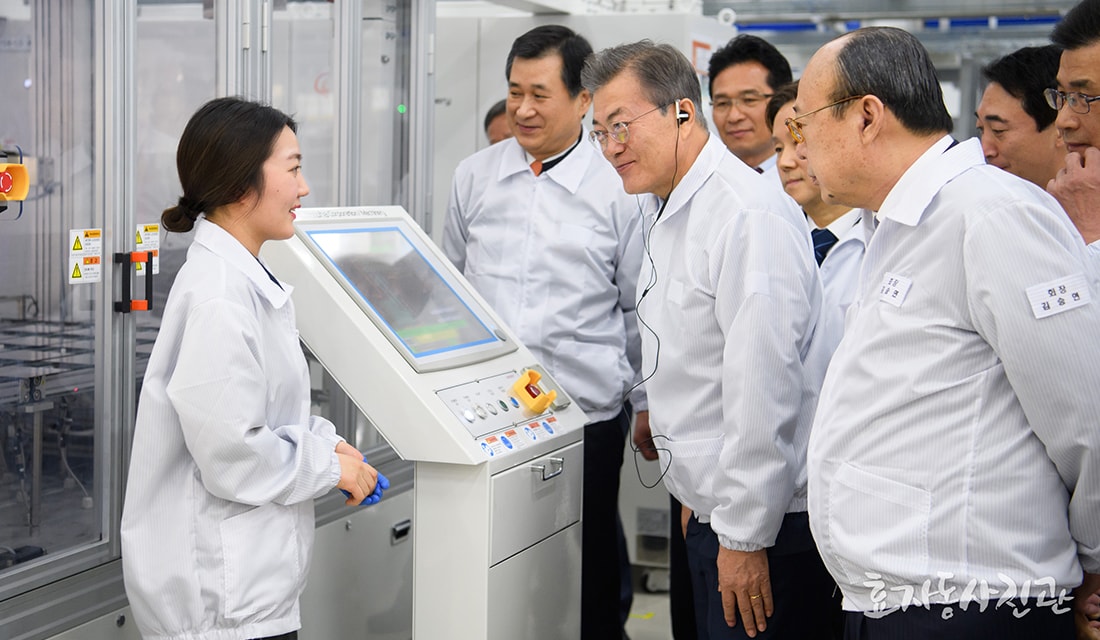 President Moon Jae-in listens intently to the explanation on production lines from one of the employees at the Hanwha Q CELLS plant in JinCheon, Korea. (Source: Hyoja Studio)

In total, Hanwha Q CELLS is currently able to produce up to 8 GW of photovoltaic cells and modules per year in its manufacturing plants worldwide. The company’s Q.PLUS monocrystalline and polycrystalline photovoltaic modules are rated as being the most efficient in the world.

Hanwha Q CELLS intends to continue investing and innovating in the solar technology in order to maintain its status as the global leader in solar energy solutions and is currently on track to produce and sell 13.5 GW of photovoltaic cells and modules by 2020.