EMAs manufactured using Hanwha’s reliable and lightweight state-of-the-art electric actuator solutions will manage the tilt and pitch control for the four forward propellers, as well as aerodynamic control surface actuation on the wing and V-tail. The EMAs will also play a vital role for Vertical Aerospace in meeting the stringent airworthiness certification standards required for eVTOL aircraft.

“Hanwha Aerospace has been recognized as a strategic partner in the global UAM market, a field that demands the highest level of technological expertise and reliability,” said President Hyun-woo Shin. “This proves the competitiveness of Hanwha Aerospace, which has supplied actuators for a wide range of fighter jets and civil aircraft.”

“Vertical is pleased to partner with Hanwha Aerospace,” stated Vertical Aerospace President Michael Cervenka. He emphasized, “We are impressed by the technological expertise and manufacturing capabilities that Hanwha has demonstrated in the global aerospace market.”

The Korean Ministry of Land, Infrastructure and Transport (MOLIT) has estimated that the global air mobility market will reach approximately $557 billion (KRW 730 trillion) by 2040 based on the Korean Urban Air Traffic (K-UAM) Roadmap. U.S. investment bank Morgan Stanley predicted the growth potential of the market to be higher, forecasting the value of the global UAM market at $1.5 trillion by 2040.

Based on technological expertise accumulated in the aerospace industry, Hanwha Aerospace plans to become a pioneer in future mobility technologies, including UAMs.

Hanwha Aerospace began operations in 1977, producing aircraft engines and film cameras. Since then, it has aggressively invested in R&D to grow into a major presence within the aircraft/gas turbine engine industry. Hanwha Aerospace’s dramatic evolution was made possible by the successful development of industry leading and proprietary technologies that give it the competitive edge needed to succeed around the world. In addition to technological advancement, Hanwha Aerospace also focuses on developing industry expertise and the ability to comprehensively address changing market demands as well as the ability to anticipate future market shifts. 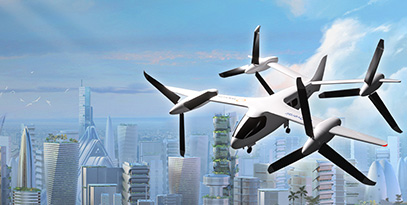 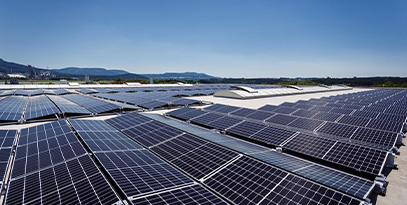