Built by Hanwha Engineering & Construction, the new byproduct-hydrogen-fuel-cell power plant cost USD 212 million. It occupies 20,000 m² of the Daesan Industrial Complex. It is the largest industrial hydrogen-fuel-cell power plant in the world and the first to only use hydrogen recycled from petrochemical manufacturing. And with an annual production capacity of 50 MW and the ability to generate up to 400,000 MWh of electricity per year, the electricity needs of 160,000 homes will be met.

The hydrogen used in the new plant is recycled hydrogen from petrochemical manufacturing. It is supplied by the Hanwha Total Petrochemical plant located within the same Daesan Industrial Complex. Hanwha Total Petrochemical pumps the recycled hydrogen into the new power plant via underground pipes and feeds it directly into the fuel cells. Electricity is then generated by an electrochemical reaction between hydrogen and oxygen. The resulting byproduct of the fuel cells is only pure water. Unlike fossil-fuel-electricity generation, hydrogen fuel cells do not emit environmental pollutants such as greenhouse gases, sulfur oxide (SOx), and nitrogen oxide (NOx).

At the event, Hanwha Energy CEO In-Sub Jung said, “With the completion of this plant, we will help the government establish a roadmap to a hydrogen economy while boosting the local economy.”

In January of 2018, to facilitate the completion of this hydrogen-fuel-cell power plant project, Hanwha Energy partnered with Korea East-West Power and Doosan Corporation to establish Daesan Green Energy, a special-purpose company. Hanwha Energy is the largest shareholder and responsible for the power plant’s day-to-day operations. Korea East-West Power purchases the renewable energy certificate (REC) produced by the hydrogen-fuel-cell power plant, while Doosan Corporation supplies and maintains the hydrogen fuel cells.

The construction of this hydrogen-fuel-cell power plant is a part of Hanwha Energy’s effort to diversify its business. The company is expanding beyond conventional power generation and solar power by investing in the hydrogen economy. This move will further strengthen its position as a comprehensive energy-solutions provider globally.

Hanwha Energy’s hydrogen-fuel-cell power plant is the first large-scale plant that uses only hydrogen extracted from the byproduct of petrochemical production. It produces electricity by combining recycled hydrogen with oxygen in an electrochemical reaction. 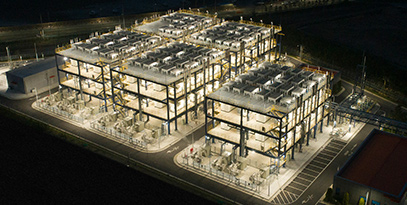 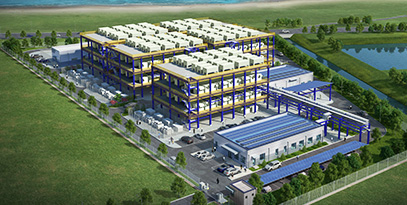 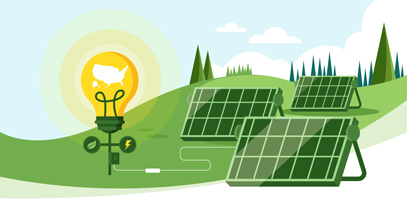 Let the Sun Shine In: A Brighter Energy Outlook, Powered by U.S. Solar
View All  >