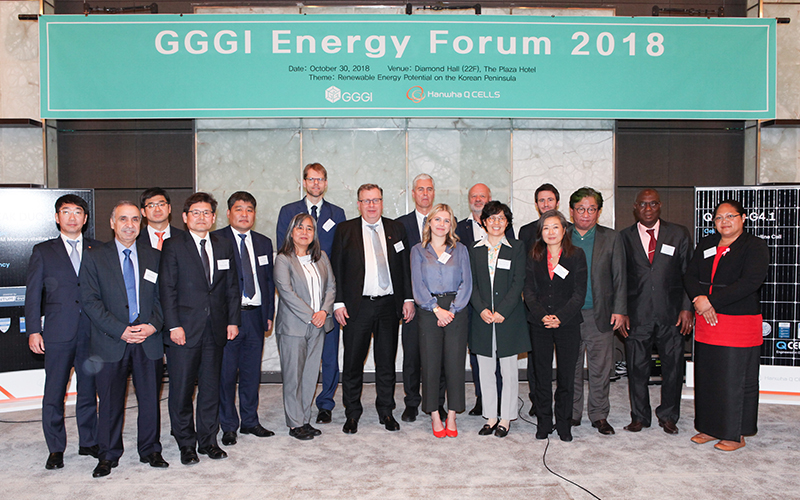 [November 15, 2018] Hanwha Q CELLS Co., Ltd. (“Hanwha Q CELLS”) jointly hosted the GGGI Energy Forum 2018 with the Global Green Growth Institute (“GGGI”), on October 30 at the Plaza Hotel in Seoul, which saw more than 80 key energy experts from Korea and around the world in attendance.

The GGGI is an international organization headquartered in Seoul with 28 member countries, including Denmark, Australia, and the United Kingdom. Founded in 2010 to support sustainable development around the world, its activities directly relate to the United Nation’s Sustainable Development Goals (SDGs).

“We should bust the myth that green growth is an expensive option. Solar energy, even with battery storage, is already commercially attractive where diesel energy is the alternative such as in small islands and off the grid,” said Dr. Frank Rijsberman, Director-General of the GGGI, during his opening keynote speech at the GGGI Energy Forum. “Green growth is the only viable option for a sustainable future, and it is already commercially attractive in many cases.” 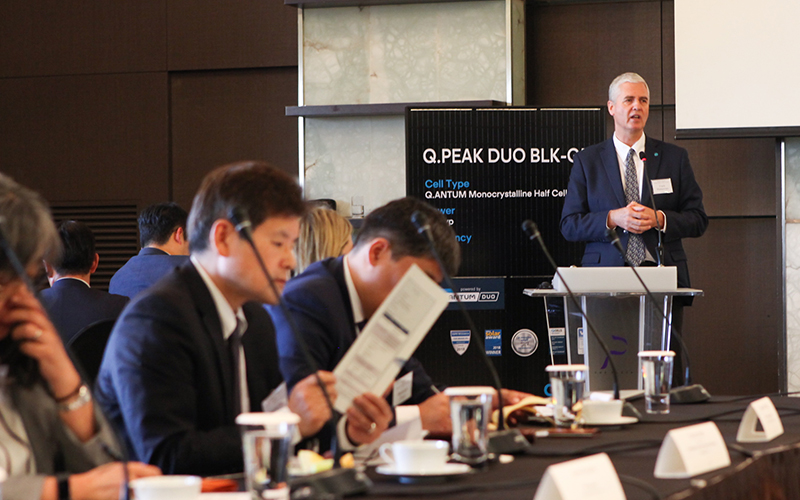 Hanwha Q CELLS previously hosted the forums with the GGGI in 2016 and 2017 during the World Economic Forum in Davos, Switzerland, in order to lead the discussion on the importance of energy transition with other leading figures and organizations. 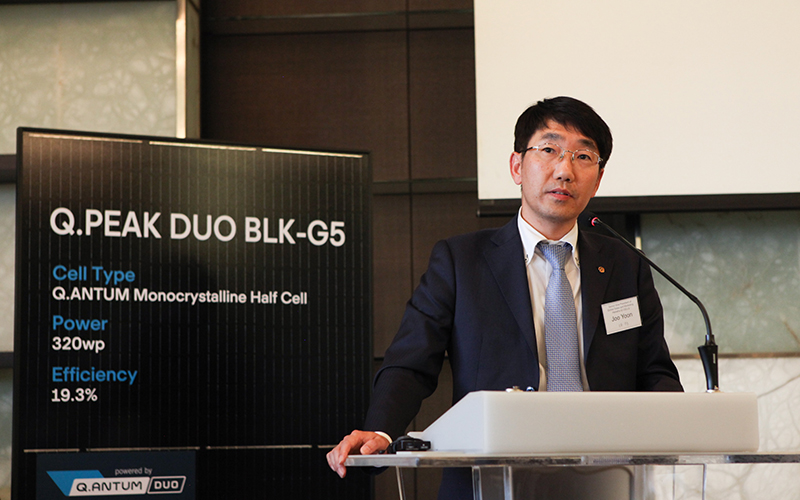 “In today’s world, the pollution we make today will certainly harm future generations to come. I want to call this an environmental debt,” said Joo Yoon, Senior Vice President of Global Sales Planning and Strategy at Hanwha Q CELLS, at the GGGI Energy Forum’s opening. “Hanwha Q CELLS, a world leader in the solar energy will also contribute to energy conversion via solar energy, a clean energy source, and will strive to overcome future challenges ahead.” 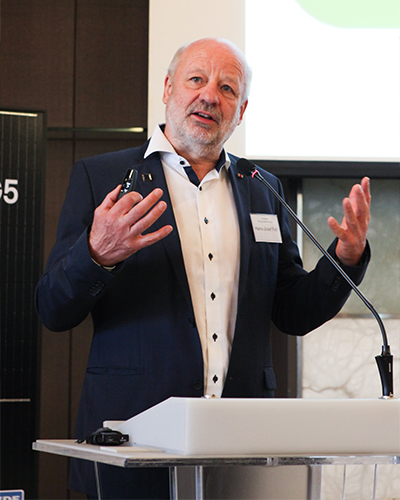 Hans-Josef Fell, President of Energy Watch Group,
spoke of how 100% renewable energy independence is a viable and prudent option

The Energy Forum’s first session was led by Hans-Josef Fell, Founder and President of the Energy Watch Group. Speaking passionately at length about the transforming global energy landscape, Mr. Fell stressed how renewable energy can help solve various social issues. In particular, he highlighted that agrophotovoltaics in China’s Gobi Desert helped to address food supply problems in the region.

“In addition to many countries, such as Denmark and Sweden, cities such as San Francisco and Copenhagen and corporations like Coca-Cola have also set ambitious goals for 100% renewable energy conversion,” said Mr. Fell during his talk. “In Republic of Korea, there should be an institutional strategy and government support on R&D to make ‘100% renewable energy transition’ a reality.” “The amount of renewable energy production in Japan greatly increased after the Great East Japan Earthquake in 2011 that triggered the Fukushima Nuclear Disaster. Japan rapidly increased its share of renewable energy in its mix from only 1% in 2010 to 7% in 2016, as the country abandoned nuclear power,” said Ms. Kaizuka. “Japan could only achieve this rapid renewable energy growth because the government set up a long-term specific goal that has been carried out step-by-step.”

“It’s important for people to be aware of the importance of renewable energy in order to make it the primary energy source of the future,” she added. “In Japan, the government, businesses, and the people have all come together to become better informed and are driving the country’s conversion towards renewable energy forward.” Kyung-ho Lee, of the Korean Ministry of Trade, Industry, and Energy,
laid out how the Korean government intends to make power generation in Korea more environmentally friendly

Closing out the session was Kyung-ho Lee, Director of the New and Renewable Energy Policy Division at the Korean Ministry of Trade, Industry, and Energy, who spoke of the energy transition issues Korea faces and steps that the government plans to take in the future. These include the eventual phase-out of nuclear power plants and the reduction of carbon emissions from coal-fired power plants.

“We must focus on creating a sustainable environment for future generations rather than thinking of short-term financial gains and losses,” said Mr. Lee. “We will continue our policy of developing a competitive renewable energy industry and work towards becoming a net exporter of energy through ministerial cooperation, increasing the number of joint projects, and obtaining the necessary strategic technologies.”