[6 April, 2015] Hanwha Group signed an order for an additional $2.12 billion in social infrastructure construction for the Bismayah New City project, just four months after the visit of Chairman Seung Youn Kim to Iraq in late 2014.

Bismayah New City Project is a contract Hanwha Group won from the government of Iraq in 2012 to construct 100,000 residential units in an area of approximately 1,830 hectare, totaling $8 billion (including escalator clause).

With this additional order, Hanwha E&C cements its leadership position in the restoration project of postwar Iraq with total value of orders exceeding $10 billion in the Bismayah New City alone.

The new project will supplement the construction for 100,000 residential units currently underway for the Bismayah New City project by constructing a variety of key social infrastructure for the new city including over 300 schools and hospitals, police stations, fire stations, roads and water and sewage systems.

Hanwha E&C's latest order aims to provide Bismayah New City, the future home to over 600,000 residents, with further self-sufficiency. When completed in 2019, the project is expected to become a testament to Iraq's recovery and development as the first fully modern city constructed in the post-war period. 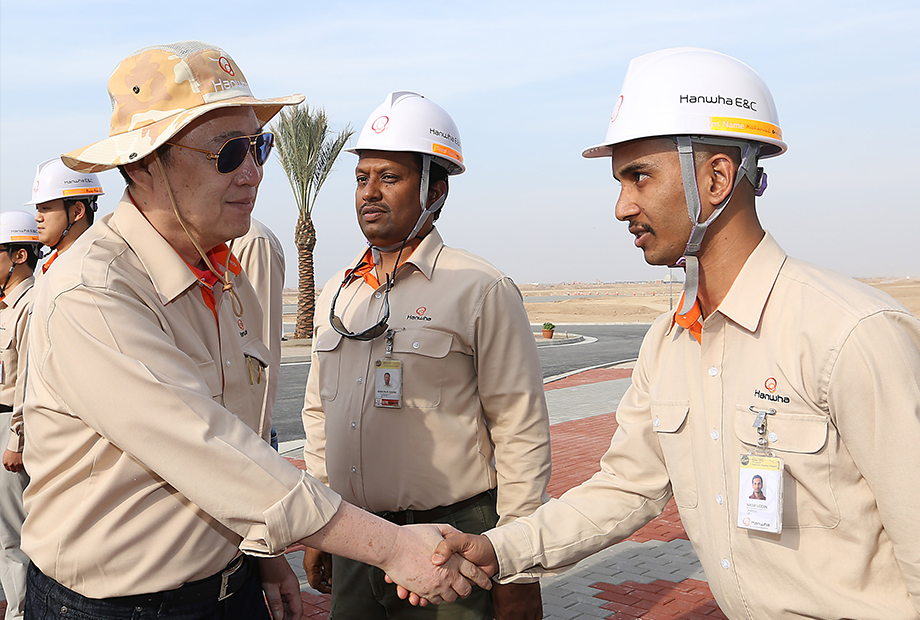 Chairman Seung Youn Kim spared no effort in securing Hanwha E&C's latest order. He visited Iraq three times despite the crisis to encourage the employees of Hanwha E&C. Also, he met with Iraqi government officials to reassure them of Hanwha E&C's total commitment to completing the Bismayah New City project no matter how difficult and dangerous conditions may become.

In a meeting with Chairman of the Iraqi NIC Dr.Sami Al-A'raji last December, Chairman Kim stated that "every employee is totally dedicated to the project knowing that they are building the future hope for the people of Iraq," adding that "every difficulty will be faced and surmounted in order to make Bismayah New City a world-class human-friendly city."

Chairman Al-A'raji expressed his strong trust in Hanwha's commitment in his reply to Chairman Kim, stating that he was "deeply grateful for the dedication of the employees of Hanwha E&C who did not withdraw but instead stood their ground despite the crisis in Iraq and carried out their duties with professionalism and dedication."

The new order will allow Hanwha E&C to secure an advantageous position for future projects for a second and third New Cities. As the Iraqi government plans to construct one million residential units as part of its post-war recovery efforts, additional business opportunities in the future are expected.

Chairman Seung Youn Kim's full support and the dedication of Hanwha E&C to make the project a success have already been admired by the people of Iraq, and the favorable market sentiment towards Korean companies, especially following the recent visit of President Park Geun-hye of South Korea to the Middle East, is creating positive conditions for additional orders.

For Hanwha, Iraq represents a land of opportunity as well as a forward base for a new construction boom in the Middle East. Hanwha's presence in the country is also providing new jobs and business opportunities for Hanwha's partner companies. The Bismayah New City project has created jobs totaling 550,000 man-days for over 100 Korean partner companies who are working full-tilt alongside Hanwha E&C's employees on the site. The new order is expected to create jobs for an additional 30,000 man-days and allow 10 new partner companies to expand into Iraq.

Hanwha Group is actively expanding into Saudi Arabia and other countries in Middle East, in addition to Iraq. On April 2nd, the International Polymers Company, a joint venture between Hanwha Chemical and Sipchem, a private Saudi petrochemical firm, began full scale production for 150,000 tons of ethylene vinyl acetate (EVA). The partnership is expected to provide stable raw material supplies and revenue structure improvements.

The Bismayah New City Project is a development project for building 100,000 residential units in an area of approximately 1,830 hectare which Hanwha Group won from the government of Iraq in 2012, totaling $8 billion (including escalator clause). 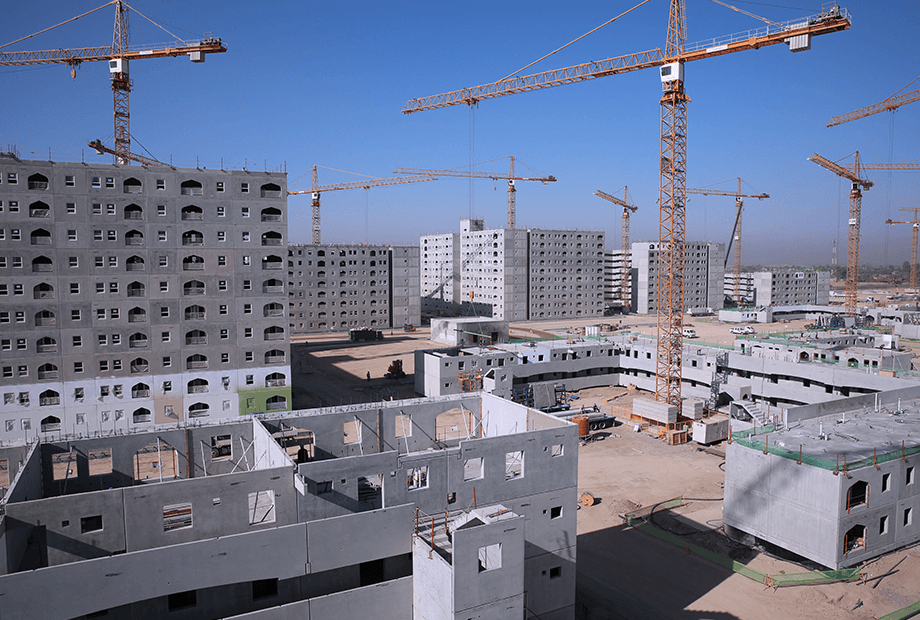 In "A" Town, the first of a total of eight town districts to be built in the new city, ten-story apartments are already appearing. In June 2015, 1,440 units for Block A1 will be completed. Site renovations, foundation construction and apartment construction are underway by stages in the other blocks. At the project's peak, apartments totaling 20,000 units will be supplied each year. Bismayah New City at its completion will become a massive new city with eight towns, 59 blocks and 834 buildings.

Hanwha E&C has quickly grown into a global player by leveraging its extensive experience in construction projects and by implementing its new technologies and long-term expertise across industrial, chemical, and power plants, civil engineering works, commercial buildings, and more. We have averaged an annual growth rate of 30 percent since 2002, and gained international recognition. We’ve been recognized as a top global contractor in Engineering News Record and our works are often referred to as the “bible of the construction industry.”