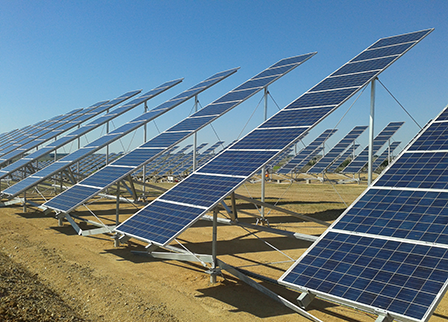 Jiho Shin, the Chief Operating Officer of Hanwha Q CELLS Korea and Jung-hee Yu, Ambassador to Portugal, both participated in the ceremony for the expected completion of the plants on October 31st in Montemor-o-Novo, Portugal. The plants have gradually begun operations starting mid-October and are expected to produce 37.4 GWh of electricity every year.

Hanwha Q CELLS Korea, a leader in the downstream energy business, and the Global Infrastructure Fund (GIF), operated by Shinhan BNP Paribas, are the ones who invested in building the plants.

The solar cluster completed in Lisbon and Setúbal consists of 6 separate solar power plants. Hanwha Q CELLS Korea and Martifer Solar will work together to operate and maintain each plant to preserve optimal conditions in an effort to consistently produce a certain amount of electricity.

74,000 solar modules, made by Hanwha SolarOne, were used to construct the 17.8 MW solar cluster. The electricity generated from the plants is expected to supply about 24,800 local residents. It will also reduce 19,300 tons of greenhouse gas. The six plants, together, cover a total surface area of 1.11 million square meters which is equivalent to about 155 soccer fields.

“As a part of our strategy to become the top player in the field of solar energy, Portugal was an attractive country to invest in, since Portugal has a tremendous amount of isolation,” said Jiho Shin, COO of Hanwha Q CELLS Korea. “Although the financial environment was less than friendly, we aggressively exploited Portugal’s strength in the abundance of natural resources, and successively turned risks into profitable opportunities.”

With the completion of the solar project in Portugal, Hanwha Q CELLS Korea is planning to enter the solar energy market in other parts of the world, in full-scale.

Hanwha Q CELLS Korea is a company that provides a total solution that encompasses the development, construction, operations, and financing of solar projects. Domestically, it has completed various nature-friendly solar power plants using reservoirs, unused roads, and carports in Gwangju and Daejeon in Korea.

Martifer Solar is a worldwide company specializing in solar energy. It has taken part in solar projects from all over the world including Spain, Italy, the Czech Republic, Belgium, the U.S.A., Canada, Chile, Brazil, Indonesia, and South Africa. 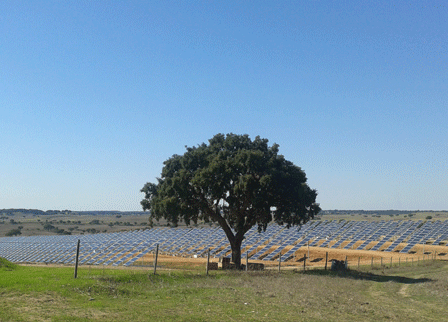 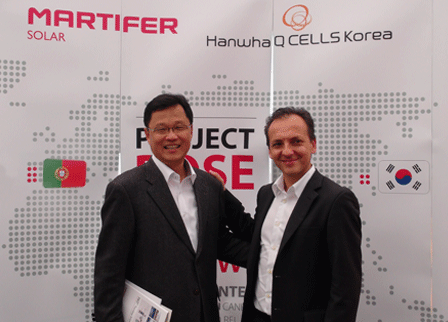