[February 09, 2021] Have you ever wondered what your daily carbon footprint is? Or how much impact you personally have on climate change? To answer that, you’d probably need to know approximately how many miles you travel by car, bus, train and plane, and how much energy you use at home. You would also need to calculate how much you spend on shopping, and to carefully track and trace the make-up of your diet. To be honest, it can be overwhelming to think about.

Currently, global decarbonization is progressing at 2.4 percent annually. However, some studies show that this needs to be increased significantly to 11.7 percent to achieve the Paris Agreement’s goal of limiting global warming to 1.5 degrees Celsius by 2050. If the world is to achieve net-zero carbon emissions, then this change must occur as soon as possible. 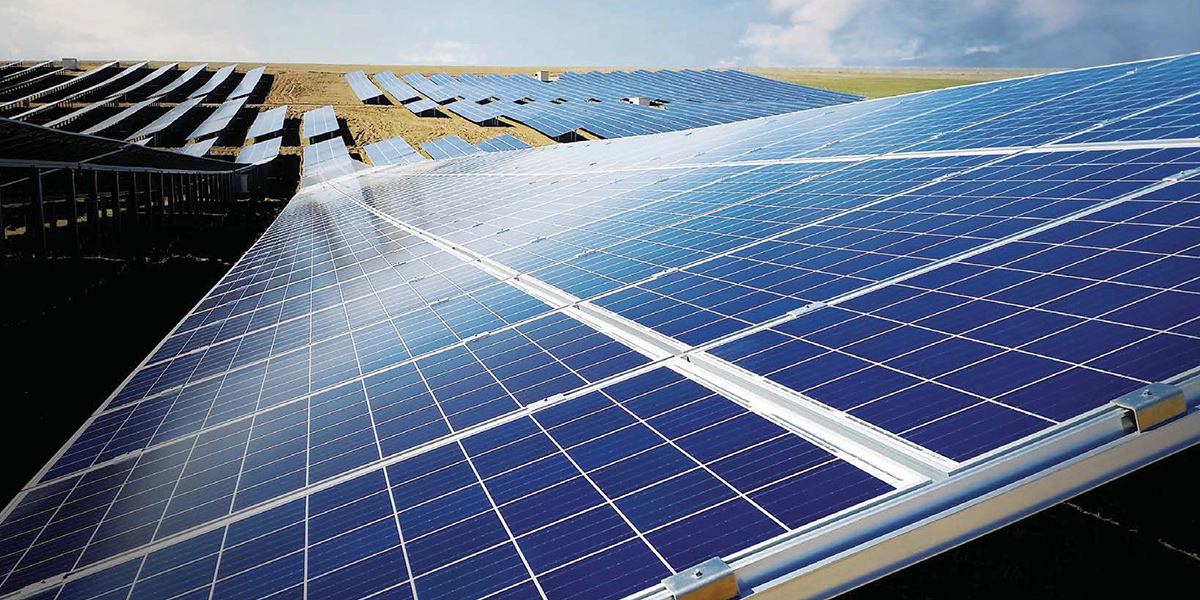 Already helping cut global carbon emissions, solar technology can be made even greener with some changes to how it’s produced

The need for a stem-to-stern transformation

Q CELLS is working on ways to cut the embodied carbon in its products, like transitioning its production plants to cleaner energy sources

One issue that the general public may not be familiar with is that of embodied carbon.

Embodied carbon refers to the entire sum of greenhouse gases released by goods or services throughout their supply chains, not just what is released during actual operations. This means that embodied carbon measurements go all the way back to the beginning, when raw materials are harvested for refinement ahead of production.

Studies show that changes to how solar technology is produced, especially crystalline cells used in photovoltaic solar modules, can lead to a significant reduction in the solar industry’s embodied carbon. These changes include how and where polysilicon is obtained, how the material is processed, and how it is turned into photovoltaic cells that are assembled into solar modules to generate electricity. If such actions are implemented, they can go a long way towards making a green industry even greener.

For Q CELLS, a Hanwha company, the decarbonization of its solar products is an urgent priority. To cut embodied carbon, Q CELLS is undertaking a number of solutions, including looping the solar-product lifecycle back on itself by powering manufacturing facilities with clean energy generated from solar modules. Other changes may include adjustments to the manufacturing process to try to reduce how much overall energy is used to produce solar products. Ultimately, Q CELLS aims to make solar power a truly clean energy source from beginning to end.

To further reduce the overall carbon emissions of its photovoltaic supply chain, Q CELLS was delighted to become a founding member of the Ultra Low-Carbon Solar Alliance, alongside other solar-energy industry players. This corporate coalition is dedicated to promoting the use of solar energy technologies, particularly those that generate less embodied carbon.

Q CELLS’ efforts to cut down the embodied carbon of its products is gaining global recognition as government organizations evaluate and quantify how effectively the company has cut carbon emissions from the lifecycles of its solar products. In Korea, Q CELLS became the first in the solar industry to receive a “Class I Carbon Footprint for Product” certification from the Ministry of Trade, Industry and Energy.

Meanwhile in France, Q CELLS has become the first, and so far only, Korean company to receive a Carbon Footprint (CFP) certificate from the French government. This is a significant achievement, because CFP scores are part of the evaluation criteria used by government authorities when deciding which companies can bid for renewable energy projects under auction. For all projects larger than 100 kW, developers must only use solar modules that have received CFP certification.

Q CELLS will also continue its outreach efforts to educate policy makers and the global market about embodied carbon and the importance of knowing how much carbon goods and services generate throughout their lifecycles, rather than just considering the carbon emissions generated during operation.