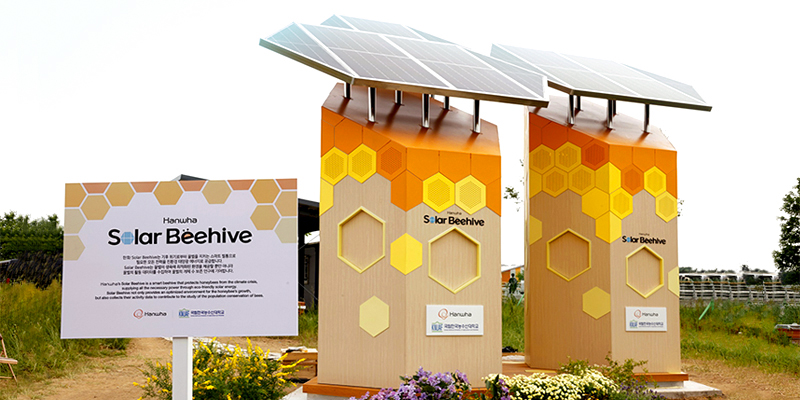 Hanwha’s Solar Beehive is saving the bees and fighting the effects of climate change, one hive at a time.

[May 20, 2022] In honor of the UN’s World Bee Day, Hanwha Group has introduced South Korea’s first-ever Solar Beehive, a photovoltaic low-carbon solar beehive that uses electricity generated from solar energy. As the damaging effects of the climate crisis compound across the globe, the population of bees – the world’s most important pollinators – has been rapidly declining. Through this project, Hanwha aims to increase bee populations by maintaining a stable environment for growth while promoting the importance of preserving biodiversity. In line with its vision for sustainability, Hanwha is responding to the negative effects of climate change by encouraging the pollination of bees, which supports the growth of trees, flowers, and other plants that absorb carbon emissions. Hanwha installed the Solar Beehive at the Korea National University of Agriculture and Fisheries (KNUAF) as a part of its pilot program. About 40,000 bees that live in the Solar Beehive will help pollinate the fruit trees on campus and vegetation in nearby wooded areas. The program will also collect data on bee population growth and activities, which will be used to educate university students and further research on bee conservation. To support the initiative, Hanwha signed a memorandum of understanding (MOU) with the KNUAF on May 11. 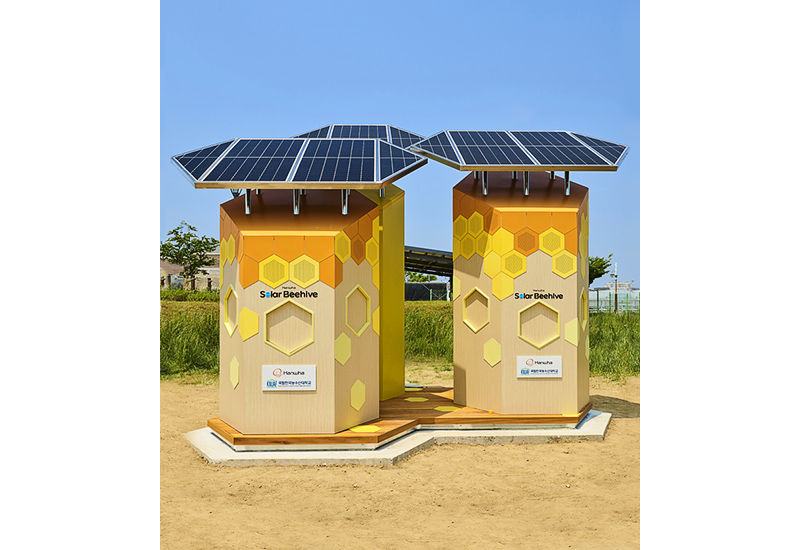 Powered by solar energy, the Solar Beehive monitors and controls its internal environment to create a safe habitat for bees.

The Hanwha Solar Beehive consists of two parts: a smart internal beehive that controls a growing environment for bees and an external structure that provides electricity to the beehive. The solar panels installed on top of the Solar Beehive generate electricity used to automatically monitor and control the temperature, humidity, water, and food inside the structure. The beehive also contains a smart system that monitors and controls this data through an app in real time. Prioritizing both the health and safety of the insects housed inside, the Solar Beehive can also detect the presence of hornets, the natural enemy of honey bees, by measuring and analyzing ambient sound. When hornets approach the beehive, the entrance will narrow into a passage small enough that only bees can pass through.

According to the Food and Agriculture Organization of the United Nations (FAO), out of the 100 crop varieties that provide 90% of the world's food, more than 70% are pollinated by bees. However, due to climate change, the population and diversity of bee colonies have been collapsing in many parts of the globe. Honey bees are a critical component of the global ecosystem, as their extinction may cause a rippling effect that would lead to a global food shortage and the collapse of many wildlife ecosystems. The UN projects that the honey bee shortage is expected to continue as current honey bee populations stagnate and decline. By contrast, the global population will increase from 7.8 billion in 2020 to around 11 billion in 2100, driving up global food demand.

As the world’s most important pollinators, bees are vital for preserving balance and biodiversity in nature.

A study presented last December at Ecology Across Borders 2021 showed that taking advantage of the surrounding areas of solar farms could help protect bees. Researchers at Lancaster University investigated the relationship between solar farms and bees in the U.K. and found that the concentration of bees within a one-kilometer radius of a solar farm was up to four times higher than that of other agricultural lands. This increase could be attributed to the various plant species often found growing around solar farms and disproves the assumption that solar farms negatively affect the ecosystem of bees.

In the U.S. and Europe, vegetation near a solar farm is utilized frequently for beekeeping. Planting wildflowers underneath solar panels can create an optimal habitat to help insects like honey bees or butterflies pollinate and flourish.

“The Solar Beehive will effectively increase the bee population and preserve the species, as it can monitor the growth of the bees in real time and detect diseases and pests immediately,” said professor Hye-Kyung Kim of the Department of Industrial Entomology at the KNUAF.

Hanwha Group has utilized its affiliates’ business and technology to foster campaigns that respond to climate change and reduce carbon emissions. Since 2011, Hanwha Group has been pursuing the Hanwha Solar Forest campaign to create nine forests in three countries with seedlings grown in nurseries using solar energy. Around 526,200 trees have been planted across 1.43 million square meters, equivalent to roughly the size of 200 soccer fields. In April, the Group started the “Creating a Clean School” campaign to provide schools with solar panels and other equipment to reduce air pollution. The campaign intends to respond to climate change and create a safe and pleasant classroom environment, helping 140 classes and 3,500 elementary students. 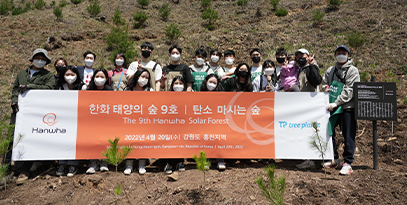 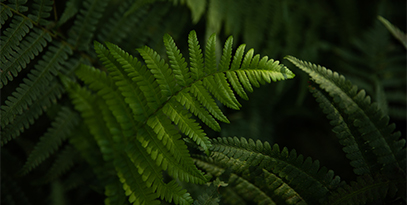 Hanwha and the WEF: Looking Back at a Decade of Sustainable Partnership to Tackle Climate Change
View All  >