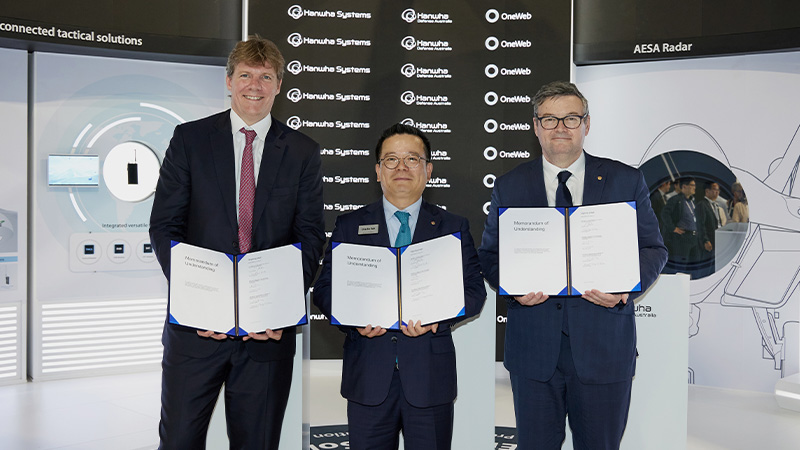 [August 16, 2022] On July 19 at the Farnborough International Airshow 2022 in the U.K., Hanwha Systems signed a three-party MOU with Hanwha Defense Australia and OneWeb, in a bid to tap into the global military satellite internet market.

As part of the three-way agreement, the parties will combine their key capabilities to develop technology for the Australian Military Satellite Tactical Internet Program. These include Hanwha Systems’ vehicle-type satellite communication terminals and system integration, Hanwha Defense’s armored vehicle platforms, including the K9 self-propelled howitzer and Redback, and OneWeb's low-earth orbit (LEO) satellite connectivity services. Hanwha Defense Australia will also assist with local marketing. Hanwha Systems and Hanwha Defense Australia have also partnered before, having responded to the Australian military’s Request for Information (RFI) for the Land 4140 satellite communication project.

In the future, Hanwha Systems plans to combine the LEO satellite connectivity services provided by OneWeb with the satellite communication antenna Hanwha is developing through self-investment. After development, Hanwha Systems will propose applying this technology to various sectors of the Australian military. In August last year, Hanwha Systems invested $300 million in OneWeb.

In December 2020, Hanwha Systems made a $30 million investment in Kymeta, a leading Electronically Steerable Antenna (ESA) company in the U.S., which was followed by an additional investment in March this year worth $11 million. By forming a strategic partnership, the companies will collaborate on satellite communication antenna development and pioneer rapidly growing domestic and foreign LEO antenna markets.

“We are happy to work with Hanwha Systems and OneWeb to explore opportunities to expand our presence in the space industry,” said Richard Cho, Managing Director of Hanwha Defense Australia. “This agreement will be an important step for everyone’s future growth.”

“We are delighted to partner with Hanwha to utilize our satellite connectivity solutions in the Australian defense market,” commented Neil Masterson, CEO of OneWeb. “We know firsthand how Hanwha’s high-quality technological thinking and development complements the capabilities of OneWeb’s LEO network, ensuring customers worldwide benefit from improved connectivity.”

“Hanwha Systems expects this agreement to be an opportunity to create tangible outcomes with global companies that have made investments in the satellite internet market,” stated Sung-chul Eoh, CEO of Hanwha Systems. “Going forward, we will continue to strengthen our position in the global market, particularly in countries like Saudi Arabia and Poland that have a need for satellite internet, through cooperation with technologically competitive companies around the world.”

On the same day, Hanwha Systems signed a $160 million contract with Hanwha Defense Australia to supply the company with the Health and Usage Monitoring System (HUMS) and Situational Awareness System (SAS). Subsequently, Hanwha Defense Australia will provide these systems to the Australian military. These systems are utilized in the Australian military’s AS9 (K9) self-propelled howitzer and AS10 (K10) armored ammunition resupply vehicles. By supplying these systems to Hanwha Defense Australia, Hanwha Systems expanded its contribution to the self-propelled howitzer project through the provision of its advanced technology. Hanwha Systems’ participation in the self-propelled howitzer project was previously confined to the supply of the Gun Control Computer (GCC). However, through this partnership, the company developed and supplied two new products that use the latest Generic Vehicle Architecture (GVA), and secured the technology and foundation to participate in various combat vehicle projects going forward.

As a leading global total solutions company, Hanwha Systems provides differentiated smart technologies in defense ICT and information infrastructure. In August 2018, we launched the new ICT division through the merger with Hanwha S&C. Our ICT division will enable us to increase our leadership in defense electronics by leveraging advanced defense IT and system integration capabilities. And by strengthening our SI business competencies, we will be able to expand into areas of public infrastructure and private security.

Hanwha Defense was launched on January 2019 from the merger of Hanwha Land Systems and Hanwha Defense Systems. With the merger, Hanwha Defense has acquired state-of-the-art technology in firepower/maneuverability/anti-aircraft and unmanned systems based on outstanding technology, extensive experience and talented human resources pooled from both companies. 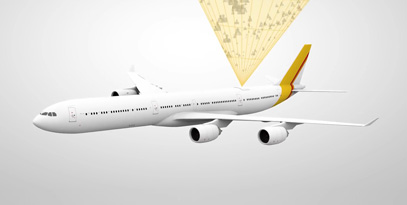 Hanwha Systems Acquired the Business and Assets of Phasor Solutions, a U.K.-based Satellite Communication Antenna Developer, to Step Up Its Advance Into the Global Business 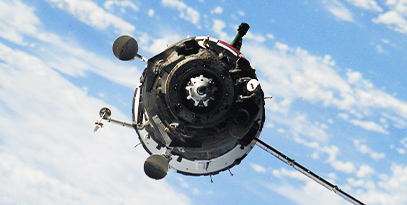 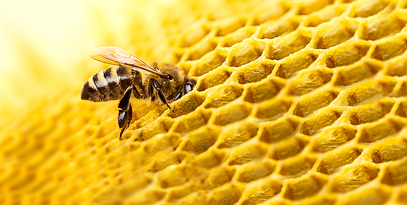