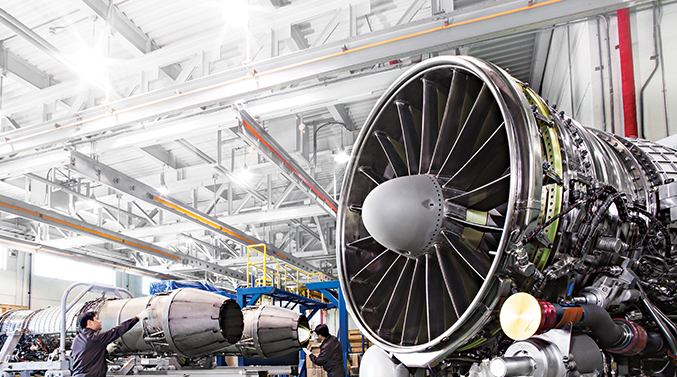 [June 30, 2017] Hanwha Aerospace announced it will expand its aircraft engine parts production capacity by building a new plant in Vietnam.

At 60,000㎡, the new factory is roughly eight times the size of a regular soccer field. It will be built on approximately 100,000 square meters of land near Hanoi, Vietnam. Construction of the plant is expected to start in August this year so that operations can begin at the second half of 2018.

Hanwha Aerospace is looking to increase its sales of civil aircraft engine parts to about 1 trillion won (USD 879 million) and lead the aircraft parts processing industry by 2025. To achieve this goal, the company is expanding its engine parts production capacity with factories overseas and stepping up activities to win contracts.

Hanwha Aerospace is winning large-scale parts orders from world-leading aircraft engine manufacturers, including GE, Pratt & Whitney (P&W), and Rolls-Royce. Against this backdrop of growth, the company conducted a feasibility study and concluded that it needed to establish an overseas engine parts manufacturing facility. While there were a number of potential locations, Hanwha Aerospace selected Vietnam as its production base strategic location and to maintain cost competitiveness.

"Aircraft engine parts makers such as Dynamic Precision, Barns, and Magellan are also expanding their production capacities by building manufacturing plants abroad to support their production bases at home," said a spokesperson of Hanwha Aerospace. "Going forward, the Changwon factory in Korea will serve as a production base to manufacture high-value-added products with highly sophisticated technology and provide technical support to the factory in Vietnam. The Vietnamese factory will leverage Changwon Factory’s technology and business experience to produce parts in volume to keep its prices competitive."