April 22, better known as Earth Day, is a day when we reflect on our impact on the planet by asking ourselves some very important questions. Questions like, “How are my everyday choices affecting the environment?” and “What can I do to help create a better world for future generations?” It’s a day when we are reminded of our collective responsibility to address the climate crisis, and when we unite behind efforts that offer innovative solutions to one of the world’s most pressing problems.

Dr. Hoon Taek Chung has been working in the field of energy-related research for more than 30 years. Since 2007, he has devoted his efforts to advancing hydrogen technologies as a member of the Hydrogen and Fuel Cell Research Group at Los Alamos National Laboratory, one of the world’s largest research labs. In his new role as the director of Hanwha Solutions’ Hydrogen Technology R&D Center, Chung has been charged with leading the development of green hydrogen technologies that will change the way we utilize one of the world’s most eco-friendly energy carriers.

With more and more governments making hydrogen a central part of their decarbonization plans, Hanwha’s efforts to make green hydrogen production more efficient and affordable could prove key to taking the idea of a sustainable hydrogen economy from dream to reality.

Recently, Hanwha Newsroom caught up with Chung for a wide-ranging discussion on the ins and outs of this fuel of the future. 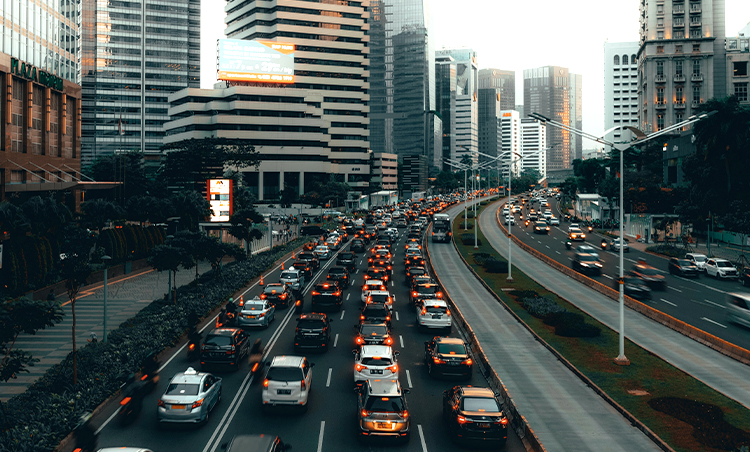 Q Why do you think advancing
renewable energy sources has
become so vitally important?

Well, it’s important to keep in mind that most fossil fuels in use today contain carbon in one form or another. Carbon produces greenhouse gases, which contribute to global warming, which is now recognized as the most serious threat to humanity’s future.

Just think about the carbon emissions of passenger vehicles, which emit roughly 140 grams of carbon dioxide (CO2) for every kilometer they travel. This, in terms of volume, is equivalent to 70 one-liter water bottles. That figure is startling when you consider how, when you’re driving to and from work, a kilometer doesn’t feel very long. And the problem is magnified when you factor in the massive amounts of carbon emissions that come with fossil fuel power plants, especially coal power plants.

In contrast, renewable energy sources such as solar and wind are truly carbon-free. Therefore, to mitigate the crises resulting from climate change, like rising sea levels, we have to consider ways to fully utilize renewable energies. That’s why governments around the world are taking steps to reduce carbon emissions with measures like carbon taxes, and by investing in new technologies. 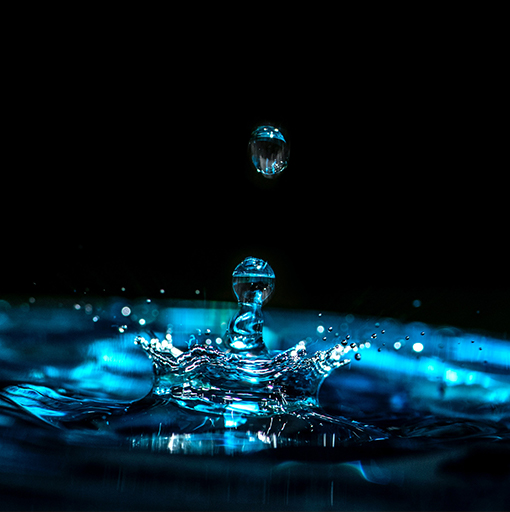 Q How is hydrogen different from traditional,
carbon-based sources of energy?

Take coal, for example. A tree grows by absorbing solar energy, it gets buried in the earth, the matter is compressed, and heat and pressure eventually transform it into coal. This means that solar energy is eventually stored in coal. The difference between hydrogen and traditional sources of energy like coal and wood is that hydrogen does not contain carbon, and fossil fuels do. Hydrogen is a carbon-free energy carrier.


However, we also need to consider how hydrogen is produced. Currently, most hydrogen is made from fossil fuels, which essentially consist of two elements: carbon and hydrogen. This means that processes that create what’s known as ‘blue’ hydrogen inevitably produce carbon as a byproduct. The ‘green’ hydrogen that we're developing extracts hydrogen from water, which means that its only byproduct is oxygen.

Q Are there places that are more suitable for green hydrogen adoption?

In terms of production, availability of traditional fossil fuels is highly dependent upon location, which means that only certain countries have access to this type of energy. One of the biggest advantages of green hydrogen is that theoretically, any country with access to solar and wind power will be able to produce it.

Q What have been some of the biggest obstacles to green hydrogen adoption?

The main obstacle for green hydrogen adoption is its production cost, and that is what Hanwha’s Hydrogen Technology R&D Center is working to reduce.

The other obstacle relates to people’s misconceptions about hydrogen’s long-term costs. Compared to conventional fossil fuels, hydrogen energy is more expensive, and if we made the switch now, many industries would be hit fairly hard. Nevertheless, we need to take steps to shift the paradigm by educating the public on why we should get behind hydrogen energy. While the prospect of transitioning to hydrogen may seem quite costly right now, it’s reasonable when you consider global warming’s long-term economic damage.

Besides the idea that it is expensive, there is also a perception out there that hydrogen can be dangerous. The truth is, if a hydrogen car were to get into an accident, any hydrogen that leaked from the cylinder would quickly be dispersed into the air. With gasoline cars, there is a risk of explosion because leaking gasoline may remain in the cylinder for quite some time. I will not say that hydrogen is a completely safe fuel, but I would like to remind people that gasoline is not entirely safe either. 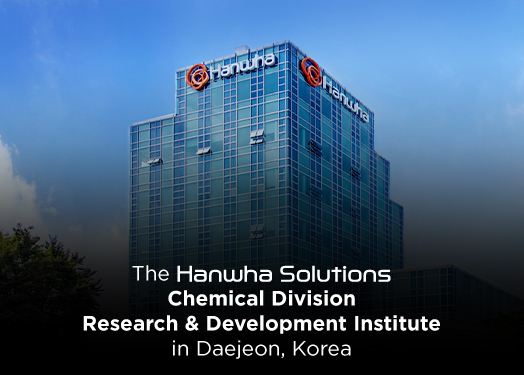 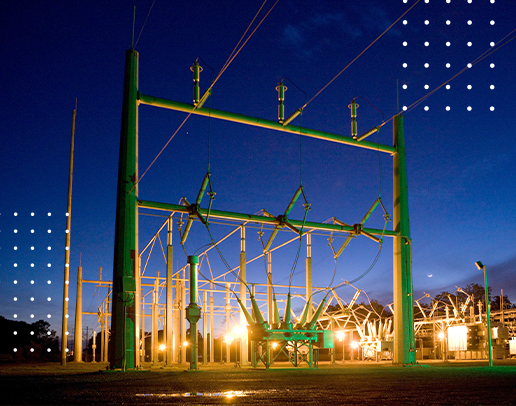 Q How is the Hydrogen Technology
R&D Center’s work helping those efforts?

Ultimately, our goal is to develop green hydrogen, which means that the first thing we need to do is find ways to reduce costs. There are two key factors to consider in this regard: the cost of machinery, and the cost of the electricity needed to power that machinery.

One of our top priorities lies in lowering costs associated with water electrolysis – a combustion-free process in which an electric current is used to split water into hydrogen and oxygen atoms. Reducing electricity prices is difficult to achieve at the research center level. However, in places like Europe, solar and wind are beginning to generate more power, which is creating a surplus of electricity that will eventually drive prices down.

Q How is the AEM technology that Hanwha is developing different from other electrolysis methods, like AEC and PEM?

Let me start by discussing PEM (proton exchange membrane) electrolysis – a process that utilizes a polymer membrane to separate hydrogen and oxygen. Typically, the membrane used in this method is well developed, but it’s also expensive, as are the catalysts – platinum and iridium – that enable you to enhance the reaction’s efficiency.

Iridium is one of the rarest metals on Earth, and only around three tons of the material are mined each year. Its scarcity makes it harder to utilize PEM on a large scale, which makes it difficult to establish a hydrogen economy, or a world in which we rely on hydrogen fuel for everything from transportation to heating. On top of that, because PEM’s polymer membrane utilizes an acidic solution, it also requires noncorrosive materials, which drive up costs even further.

Unlike PEM, AEC (alkaline electrolysis cell) technology relies on strong alkaline solutions, which means there’s no need for expensive materials because we can utilize non-noble catalysts and inexpensive polymers instead. This makes the materials required for AEC relatively inexpensive compared to those for PEM electrolysis. However, because AEC technology is notably less efficient than PEM, it requires very large machinery to produce an equivalent amount of hydrogen. Plus, if the concentrated alkaline solution were to leak and corrode, it could create safety issues.

Developing AEM-based (anion-exchange-membrane) electrolysis systems, on the other hand, allows us to combine AEC’s cost savings with PEM’s performance. It’s the best of both worlds. 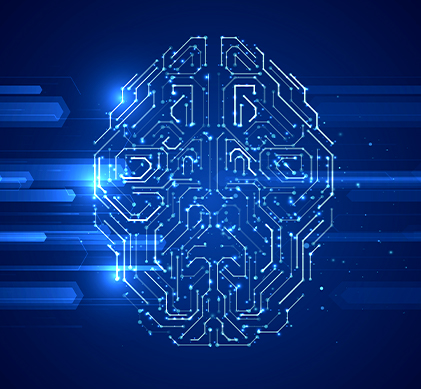 Q How is Hanwha optimizing its AEM technology to make this process as efficient as possible?

One of the factors that separates Hanwha from the various other companies that are racing against time to advance AEM is its use of artificial intelligence. The approach is similar in principle to AlphaGo, a computer program that made waves around the world a few years back by analyzing countless matches of the board game Go and learning how to produce the best possible results.


Much like Go, when you’re working with hydrogen technology, you’re dealing with many variables. Utilizing machine learning technology makes it possible to predict chemical reactions for different types of catalysts and polymers without having to actually conduct experiments with all the variables. This approach can also help us identify optimal operating conditions. We’re hopeful that this technology will ultimately add new levels of efficiency to producing high-quality hydrogen. 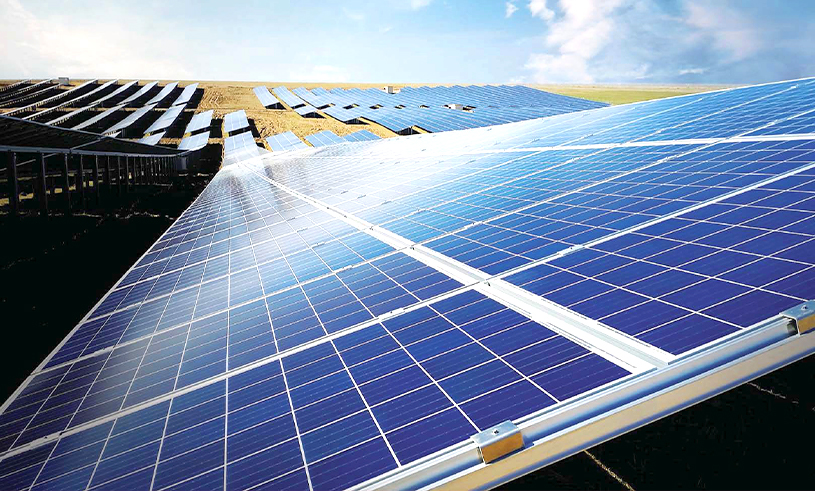 Q What do you see as the next
steps toward realizing a clean
and sustainable hydrogen
economy?

Ultimately, the key to transitioning to a hydrogen economy largely lies in infrastructure development. For example, while hydrogen cars themselves do not fall behind other types of vehicles in terms of aspects like performance and comfort, they are lacking in terms of charging stations, with significantly fewer options than electric cars.

It’s also imperative that we develop infrastructure that supports cheaper electricity sourcing. In particular, we need to be able to source electricity from solar and wind power from faraway locations, as these renewable energy sources cannot be installed on a large scale just anywhere, and especially not near residential areas.

I believe that these developments will happen given how rapidly things are changing. The amount of solar energy being produced today would have been unimaginable to me when I was a student. When it comes to scientific developments, I believe that when we collectively focus on advancing a certain type of technology, we can accomplish more than we ever imagined. That’s why I’m confident that, together, we’ll eventually find a way to make hydrogen more affordable.

Q What does this year’s Earth Day theme mean to you, and what does this commitment to green hydrogen mean to Hanwha as a whole?

I think the ‘Restore Our Earth’ message closely aligns with my personal goal of bringing back the blue skies that I used to see when I was little.

As for Hanwha, our company has already established itself as a leading solar energy firm. Now, by advancing green hydrogen technology, we are strengthening our commitment to restoring the Earth, and making strides toward becoming a leading provider of eco-friendly energy.

I tell my researchers that we are standing on the front lines of an important cause. We should feel very proud to be in a position where the research that we are doing right now is helping to make the world a better place.